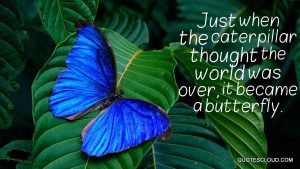 Ms. M is a 30 year-old female who was diagnosed with postural orthostatic tachycardia syndrome (POTS) in April of 2012. She reported that she had symptoms for years, but they became more severe in March 2012. In February 2012 she was training for a marathon, and was experiencing shortness of breath and swelling in her fingers, and was feeling drained. As symptoms worsened, she reported her main symptoms included feeling as though she was going to faint, low blood pressure, tiredness, wanting to lie down, dizziness, feeling like she had a ball in her stomach, dilated pupils, difficulty breathing, red eyes, increased thirst, salt cravings, and muscle spasms in her back.

She began treatment at the POTS Treatment Center in Dallas, Texas in October 2012 for an intensive two week treatment program. Treatment consisted of sessions 5 days a week averaging 3 hours per session. Training included diaphragmatic breathing, Heart Rate Variability Training, EMG biofeedback, peripheral hand temperature biofeedback, EDR biofeedback, standing and exercise techniques, nutrition supplements, sleep/stress management and other health and behavior interventions. She reported feeling an initial improvement in symptoms on the second day of treatment. She also reported an overall decrease in symptoms by the end of the 2 weeks.

Ms. M returned for a follow-up week of treatment in January of 2013. She had been doing well until a homeopathic treatment from an acupuncturist in Mexico led to an increase in her POTS symptoms. Upon arriving for her follow up, her Beck Anxiety Inventory (BAI) score was 4, indicating normal symptoms of anxiety. Her Beck Depression Inventory-II (BDI-II) score was 5, indicating normal symptoms of depression. She was able to leave after one week with zero POTS Symptoms.