The POTS Treatment Center in Dallas, TX cares for individuals from around the world who suffer from POTS and Chronic Fatigue Syndrome. Read our reviews and testimonials, or contact us for more information.

Data was analyzed from more than 100 patients before and after completing The POTS Treatment Program by a PHD candidate at UT Southwestern Medical Center. Click here to see the results:

The following procedures are used in treatment for POTS and tachycardia as needed: 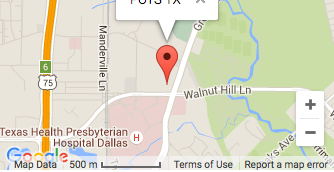