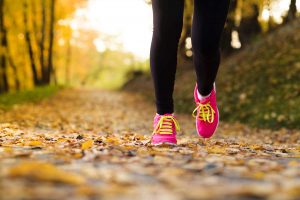 Ms. H is a 22 year-old female who reports onset of symptoms in December 2010, including dizziness, lightheadedness, blurry vision, headaches, soreness in feet and legs, pre-syncope, gastrointestinal pain, fatigue, tremors, temperature intolerance, and brain fog. Prior to that, she had Swine Flu in 2009 and a viral infection in 2010. She was diagnosed with vasomotor instability in April 2011, and then with postural orthostatic tachycardia syndrome (POTS) in March 2012. She came to the POTS Treatment Center in Dallas, Texas in May 2013 for treatment. At that time, she was unable to drive, was using a wheel chair, and was having convulsive syncope. She experienced significant car sickness as well. She reported gaining 25 pounds in the prior year, with 15 of that being in the prior 6 months.  She had difficulty with activities of daily living, including eating, getting ready to go somewhere, and going to the restroom. Her ability to socialize was also negatively impacted. She was a freshman in college, but had missed 15 days of classes due to symptoms. She described herself as a high achiever, being active previously in marching band and dance.

Her treatment for POTS consisted of an intensive two-week program with sessions 5 days a week averaging 3 hours per session. Training included diaphragmatic breathing, Heart Rate Variability Training, EMG biofeedback, peripheral hand temperature biofeedback, EDR biofeedback, standing and exercise techniques, nutrition supplements, and other health and behavior interventions. She reported feeling an initial improvement in symptoms after 4 days of treatment. After the first week of treatment, she felt she did not need her wheelchair as much. After the two-week treatment program, she reported a large decrease in gastrointestinal issues and brain fog, and denied any tremors or seizures.

Ms. H returned for follow-up treatment 6 weeks later. At that time she did an intensive one-week of training, with daily sessions of about 3 hours. Treatment again included diaphragmatic breathing, Heart Rate Variability Training, EMG biofeedback, peripheral hand temperature biofeedback, EDR biofeedback, standing and exercise techniques, and other health and behavior interventions. Upon her return to treatment, she reported that she had only used her wheelchair 3 times, was exercising up to 45 minutes at a time, and had been able to ride a bicycle for 6 miles since her initial treatment. She also reported she was able to control her car sickness better. She did report difficulty standing for long periods of time, though she was able to walk around. At the time of her follow-up her BDI-II score was lower at 1, and her BAI score was still 17.

As of September 2016, 3 ½ years after her initial treatment at the POTS Treatment Center, she reported that she had not used her wheelchair since her 6 week follow up at the clinic. She was also training for a half marathon and running several miles a day. She reported that she had not passed out in 2 ½ years. She was nearing completion of her degree and was working long hours on internship, but had not missed any work except when she had strep throat and mononucleosis.