Ms. A is a 24 year old female who resides in Australia. According to her treating physician in Australia, she was otherwise healthy until symptoms of Postural Orthostatic Tachycardia Syndrome (POTS) began.  The symptoms started gradually over a year after post infectious encephalopathy. Initial symptoms included headaches, fatigue, allodynia, and central sensitization. Orthostatic tachycardia also became an issue.  After the first year, the symptoms became severe enough she was unable to work, and she required inpatient care. She was in the hospital for two months. She reports being bed ridden a lot of the time. On a good day she reports maybe leaving the house for an hour. She had difficulty with activities of daily living, including showering, preparing food, walking, and conversations.

Upon arrival at the POTS Treatment Center, Ms. A reported whole-body nerve pain, fatigue, headaches, chest pain, lightheadedness, heart palpitations, exercise intolerance, brain fog, fainting, sweating, sleep difficulty, paralysis and muscle weakness. She was using a walker due to muscle weakness when ambulating. She had undergone treatment including multiple medications (see pre-post list below), compression stockings, high salt intake, and saline IV. Her Beck Anxiety Inventory (BAI) score was in the severe range at 41. Her Beck Depression Inventory – II (BDI-II) score was in the moderate to severe range at 19. Peripheral hand temperature baseline was 85.0 degrees, and baseline of EMG on the trapezius muscles was 17.3 mV. 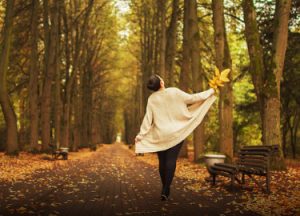 Within the first week she was able to walk without a cane or walker. Within the second week, she was able to stand up in the shower and go shopping. She also found it easier to get up in the morning.  After the two weeks of treatment, Ms. A reported a decrease in all symptoms (see pre-post symptom ratings below).  She rated her own improvements overall at 60%. Her BAI score decreased to 12, which is in the mild range. Her BDI-II score decreased to 4, which is in the normal range.  She was able to stop or reduce many of her medications (see pre-post medication list below).  Six weeks post-treatment, she was able to run on the beach, which was one thing she wanted to be able to do but could not given her initial symptoms.