Case Study – Ms.M1 – Avid soccer player makes her way back to the field 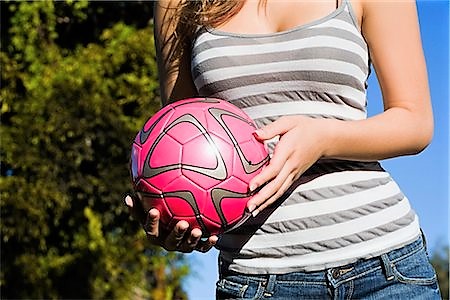 Ms. M1 is a 19-year old female with a history of ADHD, concussions from playing soccer, fatigue, insomnia, chest and leg pain, vomiting, shortness of breath, dizziness, fainting, and heart rate irregularities. She was diagnosed with POTS (postural orthostatic tachycardia syndrome) at age 17 after contracting mononucleosis. She had been an avid soccer player prior to the onset of her symptoms and, as a senior in high school, had been eager to attend the several functions available to her; unfortunately, her symptoms greatly diminished her ability to take part in those activities.

Ms. M1 had been taking several medications prior to visiting the POTS Treatment Center. While the medications did help alleviate some symptoms, she was interested in finding an alternative treatment option. She traveled to Dallas, TX to begin treatment at the POTS and Dysautonomia Treatment Center in May 2017. Ms. M1 plans to play collegiate soccer and hopes to become a professional soccer player in the future.

Treatment consisted of a 1-week ultra-intensive program, with sessions occurring 5 days a week averaging 6 hours per day. Training included diaphragmatic breathing, regulation of heart rate, EMG biofeedback, regulation of blood flow, EDR training, standing and exercise techniques, nutrition supplements, sleep/stress management, and other health and behavior interventions. Ms. M1 showed incredible improvements in her symptoms by the end of the 1-week treatment period and she has been able to maintain those improvements (see chart below).

Before Ms. M1 started treatment, she was evaluated for depression and anxiety related to her medical condition. Her Beck Depression Inventory II (BDI-II) score was 15, indicating mild to moderate depression. By the end of the week, that score dropped to 8, which is considered a normal level. Her Beck Anxiety Inventory (BAI) score before treatment was 32, indicating severe anxiety. After her week at the POTS Treatment Center, that score dropped significantly; her BAI score was 4, indicative of a normal level of anxiety.

Ms. M1 continues to use the techniques she learned at the POTS Treatment Center, follows the personalized dietary plan she created with the dietitian/nutritionist, and takes the appropriate supplements recommended; as a result, she continues to have great success. She was able to play in her first home soccer game of the year and is very glad to “have a sense of normalcy for the first time in a while”.

← Gastroparesis…You don’t know what you have until it’s gone.
Seven Ways Doctors May Test for POTS →